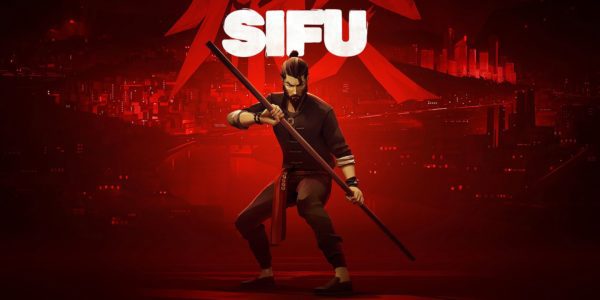 Follow the path of revenge and defeat those responsible for the death of your father.

With a unique aging mechanic and measured combat, Sifu is a homage to old action films and a test for modern gamers.

Kill Bill, Enter the Dragon, Romeo Must Die – these films all have one thing in common. Thin revenge plot that throws the protagonist into the next ridiculous fight.

From a storytelling perspective, these films are forgettable. From an action stance, these movies have all left a mark. Yep – Dad Joke Mode is fully engaged.

Sifu is a video game version of this type of film. Your father was killed by a former student, and you go on a revenge mission to make the group pay.

Based on this, Sifu doesn’t sound special. The aspect of Sifu that caught my attention was a rebirth mechanic. When you are defeated, a death counter increases and you age that many years.

Defeat tough enemies and this counter can decrease. But while you are learning, you will age quickly!

Ageing isn’t only a visual thing. As you get older, you hit harder but your health decreases. There are also certain things you can’t learn, as you have gotten too old for your body to learn new tricks.

There is one move that makes me laugh with this mechanic. The Crotch Punch is exactly what it sounds like. But if you are over 29, you can’t learn it anymore. Pretty sure hitting someone in the crotch is a move someone of any age can learn!

I beat the first boss in Sifu on my first run and made it a fair way into the second area. Sifu does not hold your hand, but it isn’t unfair either. Oh, it feels unfair sometimes – but there are ways around everything that has been thrown at me so far.

I can see myself grinding away at Sifu to permanently unlock moves for future runs. Yep – Sifu also has roguelike aspects as well. There is so much to this game beyond the ‘beat-em-up with aging’ first impression.

So far I have been playing on my PlayStation 4, as that console is in my office and I wanted to capture gameplay. Now that the bigger project has finished with work, a run or two of Sifu my reward at lunch? See how we go next week.

If I could spend a couple of weeks playing Sifu all morning, I am confident I could master the game completely. These ideal gaming conditions aren’t going to happen for me.

But if you enjoy strategic beat-em-ups and tactical combat, Sifu may be a game that you should try.

So a sneaky lunchtime round of Sifu turned into a couple of nights grinding. I thought running through and hitting the same groups of people would quickly get boring. I was wrong.

I installed Sifu on the PS5 downstairs, and I installed the PS5 version. This means I have 2 distinct versions running – one on PS4, and one on PS5.

And on my very first PS5 run, I cleared level 1 (The Squats) without dying at all. A feat I have been unable to duplicate on PS4! (Yet).

What started as an attempt at a casual cathartic session turned into a relaxing ritual. Sifu asks you to learn your enemies, making once insurmountable obstacles an inconvenience. And unlocking new moves allows new strategies to clear areas.

I have also been making progress in opening shortcuts within the world. It took me five tries to get the point in level 3 (The Museum) where I can skip 80% of the level.

I haven’t used the shortcuts yet – I have been focusing on unlocking abilities, so more fights equal more XP. But when I want to concentrate on learning the bosses at the end, this is a huge boost.

Not only can I bypass a heap of fights that causes me to age, making life harder for me, but I can attempt the boss in less time. I am looking forward to getting to this stage of play!

Bottom line I was looking forward to Sifu, and I am enjoying taking my time progressing through the game. Every run gets me a little further along the path, keeping the grind feeling purposeful.

Not all games get this mix right.

Another big week, and I didn’t think I would get to play Sifu. But Friday night, everything somehow clicked for me. I got a huge session in and played pretty well overall.

I went back tried to redo earlier levels to grind and bring down my starting age for the later rounds. I thought I was doing pretty well, getting to the Museum without dying once. And here, I have the shortcut to go straight to the end boss. Sifu’s replay value is quite nice, letting you use a shortcut or fight everyone as you wish.

In the second part of this boss fight, I can win without dying most of the time. That first part though – wow. Kuroki’s sansetsukon (three-section staff) attacks are devastating! I age a decade in this fight most times.

I managed to get to the fourth enemy last week, and on the second try, I beat her. On the third try, I got my butt handed to me. Then, I can finish the fight not too bad.

Sifu is a hard game, but as I said before not unfair. When I get beaten, it is almost always in a way that I can see what I did wrong. Dodged the wrong way, or at the wrong time. Let myself get jammed in a corner with many opponents. Things like that.

Playing for a couple of hours straight tired and with bad hands – there were mistakes made. And Sifu punished them. But take a break and come back fresh, and you wonder why there was a problem earlier.

I have made it to Yang, the final boss of the game. The showdown against your father’s killer. In a game as tough as Sifu, I expected this to be a difficult fight.

Well, difficult describes it but doesn’t do the fight justice. As a simple description, it’s a mirror match where Yang has all your moves unlocked. There is a catch though. Your abilities and focus attacks don’t affect him, meaning you need to beat him with the basics.

I appreciate the simplicity and symmetry of the combat arc. I don’t appreciate after three attempts, I still cannot beat the first phase of the boss fight!

It won’t be too long before I can beat him though. Practice and patience are all I need!