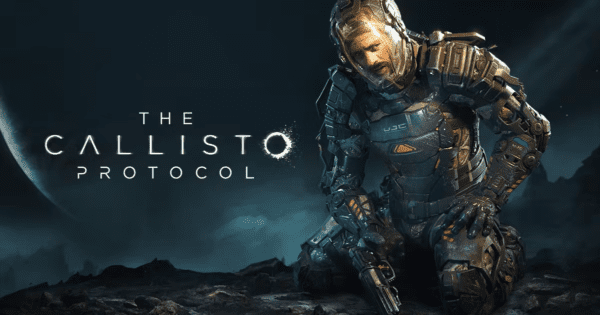 Fight to survive the horrors locked within the walls of Black Iron Prison in this immersive, next-generation take on survival horror – The Callisto Protocol.

I have been looking forward to The Callisto Protocol since the announcement. Survival horror in space is always something I have been on the lookout for, and only Dead Space did it really well. Sorry Dino Crisis, there was an attempt with 3, but you only jumped the shark.

So Friday night I got everything sorted, fired up my PlayStation and settled in for a gaming session. The headphones were charged, everything was done, and I had a couple of hours run to play with no interruptions.

Well, I played for those two hours. And upon going to bed, all I could think of to describe Callisto Protocol to Rabbit is “It’s Dead Space done wrong”.

Let me be clear and confirm I am enjoying the time I have spent with The Callisto Protocol so far. There is a lot of potential for world-building. Graphiclly it looks amazing. Controls take some getting used to, but aren’t bad in my opinion.

What Callisto Protocol had done too that point is be on rails Dead Space. Reluctant protagonist? Check. A mysterious woman who knows more than she lets on? Check. Quasi-religious group with scientific reasons for killing mankind? Check.

Then there was the gameplay itself. I was enjoying running through the story, but that is all you do – run through the game. It took a few more hours to realise what I was playing. I wasn’t playing a third-person survival horror game. I was playing a single-branch story in an engine I wish The Dark Pictures Anthology would use!

Like The Dark Pictures/The Quarry/Until Dawn, you have a small area to explore to an extent, then move on. That’s what The Callisto Protocol does – it always pushes you forward. Go back to a previous area? I don’t think so!

At the time I am writing this, I still haven’t finished The Callisto Protocol. I am pretty close, but I’m not quite there yet. The game has thrown it’s first bullet sponge boss at me, and I hope it’s the last one. Everything else up to this point has been pretty fun, but this guy has stopped all momentum for me!

If you were thinking of picking up The Callisto Protocol, I am enjoying it. But don’t think of it was along the same lines as the newer Resident Evil remakes for gameplay. Think of them like The Devil in Me, and you will likely enjoy yourself more.

The Callisto Protocol has had a bit of a bashing since its release. PC and Xbox issues from day one definitely didn’t help. Apparently, this was a simple case of the wrong patch being applied just before the release. This is why you shouldn’t rush if you can avoid it. Especially when you are banking on your first game becoming a killer franchise!

I was correct last week, and I was not far from the end of The Callisto Protocol. In general, the story is fairly generic and I picked most of the story beats. This by itself isn’t the worst thing, but it wasn’t how Callisto Protocol was being marketed either.

So after finishing my playthrough of Callisto Protocol, I started looking for others’ opinions. Here my being busy with work and trying to avoid spoilers worked in the game’s favour. I didn’t realise that there weren’t any reviews up prior to release – normally a big red flag for me. Well, a red flag for a game with the marketing budget thrown at Callisto Protocol at any rate.

Given the outcry on The Callisto Protocol’s release, the conspiracy theory part of my brain goes straight to “Ah Hah!”. As I said last week, Callisto Protocol is more Dark Pictures Anthology than Dead Space/Resident Evil. Again, not a bad thing in itself. I ended up enjoying my time with Callisto Protocol.

But Striking Distance and Krafton could see what fans and the hype were building to. And here is where the conspiracy theory part of my brain kicks in. The lack of review copies was because the reviews would say “This isn’t what we were promised”. and there are big plans for the franchise. That much is obvious.

And there is promise in the series. Now the tone is set and expectations adjusted, I am keen to see what the future holds for The Callisto Protocol. How much did I enjoy it? Enough to play it a second time after all and get the Platinum trophy!

If you go through with a guide (and thanks to a particular exploitable bug), you can have The Callisto Protocol Platinum in about 8-9 hours. I don’t suggest this strategy though unless you want a relatively easy Platinum. I did use a collectable guide for my second playthrough, and that is how I would recommend playing the game.

In the end, The Callisto Protocol has only made me more excited for the Dead Space Remake next year. Not the impression you want to start a new franchise on, but it is how it has left me feeling. If you are curious about Callisto Protocol yourself, right now I would suggest buying after the DLC is released. Right now, the asking price is too high for the amount of ‘game’ on offer.