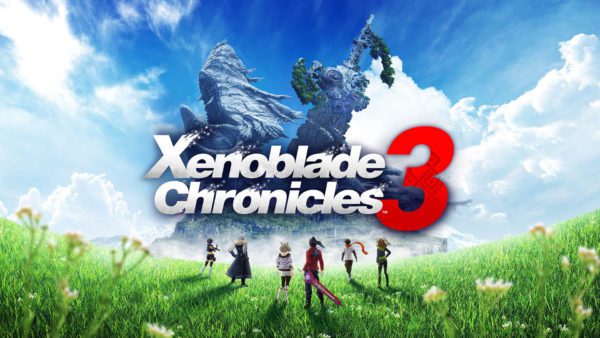 Join Noah, Mio and their friends as they traverse epic landscapes, battle ferocious creatures and fight to break the never-ending cycle of violence that binds their homelands.

I played Xenoblade Chronicles years ago on the 3DS. I will say upfront that it’s not a series for everyone, like another franchise I enjoy called Ys. I keep meaning to go back and play the Definitive Edition rerelease on Switch. I still haven’t gotten around to it. What a surprise. So if you are wondering if you should jump straight into Xenoblade Chronicles 3, read on.

Don’t be fooled by the title – Xenoblade Chronicles 3 is actually the fifth game in the series.. This doesn’t count the larger Xeno series that Chronicles is a branch of. Each story is a continuation, but not a direct continuation. You don’t play the exact same characters or even the same time period. Important historical story beats and references are shown in flashbacks. This means players can jump in at any point in the series and not be too lost.

That said, starting up Xenoblade Chronicles 3, I felt completely out of place. I started being concerned that things weren’t what I remembered.

I shouldn’t have. This is pretty much the formula for the series. Bit of video story, start in a battle revealing it’s a flashback, walk back to town to start the tutorial. But it took me about 5 minutes to remember this. That said, that’s because I realised I had a blank on Xenoblade Chronicles 2. I don’t remember the story of 2 at all!

This had me a little concerned. Did I put 2 down thinking I would come back to it later and missed it? I looked at the plot on Wikipedia and that started prompting memories. So I am in a weird situation. I know I played the first on 3DS, I think I played 2, and now I am jumping into Xenoblade Chronicles 3.

So in the future, I may sounds like a series veteran or I may sound like a newbie. It will be interesting to see where Xenoblade Chronicles 3 takes me.

I can see a lot of people complaining about the ‘poor’ graphics in Xenoblade Chronicles 3. Would it look sharper and clearer on PlayStation or Xbox? Probably. Remember the series started on the 3DS. On the Switch in handheld mode, everything looks amazing. The world is open with lots to explore, but Xenoblade isn’t like Final Fantasy XV.

As I am writing this, I am 90 minutes in. I have unlocked about a quarter of the games systems, looking at the menu system. Game mechanics, a lot goes on in these games. Xenoblade Chronicles 3 will keep feeding you mechanics over the first few hours, then drop you into the deep end.

So I am thinking a dedicated couple of hours each week to keep going with the game. This will let me make progress and stay on top of mechanics and what is happening. I once dropped into a Xenoblade Chronicles save after a year, and I had no idea how to play. Can’t let that happen again!

You would think I would have lots of time to play games with an injured foot. Unfortunately sitting uncomfortably means enjoyment from games takes a bit of a hit. Luckily Xenoblade Chronicles 3 is cutscene-heavy, so I watched a lot happening. Combat is still forgiving as I am still well in the tutorial phase!

I was referring to this last week where Xenoblade Chronicles isn’t a series for everyone. You either enjoy the erratic pacing and story-heavy nature of the games, or you don’t. About 8 hours in, I am still being drip-fed new mechanics. I am enjoying it all though.

My band of characters has been fleshed out, and the story setting spelled out. Our party has received the power of Ouroboros. This is Xenoblade Chronicles 3 way of sending our plucky band against the world and the ‘true evil’. It also gives us an edge power-wise compared to our fellow soldiers, explaining how 6 kids can take on armies.

Some may ask where the hook of Xenoblade Chronicles 3 is. Why do people enjoy playing it? It all sounds cliche filled so far! Well, that’s kind of the point. The story beats are all familiar to JRPG fans. It’s like watching the same types of TV shows. You know the basic premise of how the story is presented, but not the twists that make it unique. You watch the same type of show because the good ones do something different with the formula.

Xenoblade Chronicles 3 is no different. A small band of unlikely heroes is going to save the world from an unknown evil. But what happens along the way? That’s the fun bit.

Eight hours in, I would prefer to be a fair chunk of the way through the game. Instead, I have just been shown the main story path and still given new tutorial mechanics to learn. Xenoblade Chronicles 3 gives you a new mechanic (e.g., switching characters), then gives you 10 minutes to play with what you learned. You then get something new to learn.

This handholding is great to ease people into surprisingly complex gameplay. But it does grind for people used to the games. Because the tutorial is wound into the story, there is no way to skip any of it. It might sound like a gripe, but I do appreciate this style of game presentation. I would rather have a refresher and know that the start of a new game is going to be pretty casual.

Where this style of game does fall down is replayability. Having to sit through a multi-hour tutorial every time is pretty off-putting. I don’t like going back to games with 20 minutes of forced gameplay at the start! So I think for the majority of players, Xenoblade Chronicles 3 is a one-time playthrough.

I still plan to play at least a couple of hours each week, so I am in with Xenoblade Chronicles 3 for quite some time. Even though I have been playing docked, Xenoblade has always been a great portable game. Being able to fire it up for a bit of combat grinding in small bursts is handy. This might mean I play a bit extra as a ‘lunchtime’ game over the coming weeks.

Stuck on the couch, I have been putting a lot of time into Xenoblade Chronicles 3. I have been enjoying my 40ish hours so far, and I am currently exploring Chapter 4 of the story. Once again, every trope and cliche story-wise that I predicted has turned out to be true.

The main story element I am not more than 95% sure about so far is the identity of the Queens. There is a Queen in charge of each army, but how they tie in with the ‘true’ power structure is yet to be revealed. I have suspicions (and no I am not going to discuss them here), and it will be interesting to see how this element turns out.

Until then, I am still unlocking character powers, ways to traverse the map and the like. Even though many would think I am exploring every nook and cranny, I am leaving huge areas unexplored. It took almost 20 hours to explore the initial tutorial chapter. Exploring Xenoblade Chronicles 3 that thoroughly will take hundreds of hours.

I have been caught out with timing a few times. Some of the bigger boss battles have been taking longer as the game continues. Nothing unusual about that in itself. Xenoblade Chronicles introduces bigger and bigger enemies as the game progresses. A fight that took two minutes is in specific situations becoming closer to 15 minutes. RPGs like Final Fantasy have been doing this for years and isn’t anything new to the Xenoblade series.

After these battles usually come long cutscenes reminiscent of Hideo Kojima. Your quick game session can become an hour-long affair, with one checkpoint, one battle and a ton of video. Luckily the Switch’s suspend feature is very handy in such situations. You can pause Xenoblade Chronicles by going to the Home screen and hitting sleep, and come back later.

Speaking of Final Fantasy, there are a few more similarities. The cooking in Xenoblade Chronicles 3 has me thinking of Final Fantasy XV. You can buy recipes at canteens by ordering the food once. At rest stops, you can then choose to prepare food with character benefits that last a certain amount of time. This can be experience boosts, increased drop rates, that kind of thing.

Xenoblade Chronicles 3 also brings back a rarer mechanic involving area traversal. So far, I have learned how to climb vines, walk up sand dunes and slide along ropes. For an adventure game like Uncharted, these sound fairly standard. In RPGs though, these are common ways of stopping players without invisible walls. It’s been nice to go back and explore some earlier sections with new skills to explore more.

I need to be careful though, or I will be putting in a lot more time in Xenoblade Chronicles 3 than I can budget for. I looked up how many chapters there are in the game, and it comes back as 7. So exploring Chapter 4, I am guessing I am nearing the end of Act 1 of the story.

The structure of Xenoblade Chronicles 3 I am pretty sure goes like this. Chapter 1 is the barebones tutorial and opening and Chapters 2-4 follow Act 1 of our heroes’ story. Chapters 5 and 6 is Act 2 where things are fully laid out, and facts are questioned while obstacles are overcome. Chapter 7 is the final act, where the party defeats their own individual demons to come together and save the world. Then the epilogue at the end of the game.

As I said, the story of Xenoblade Chronicles 3 is full of cliches and tropes. But formulaic isn’t always a bad thing, and fans of the series or RPGs in general will know what they are in for.