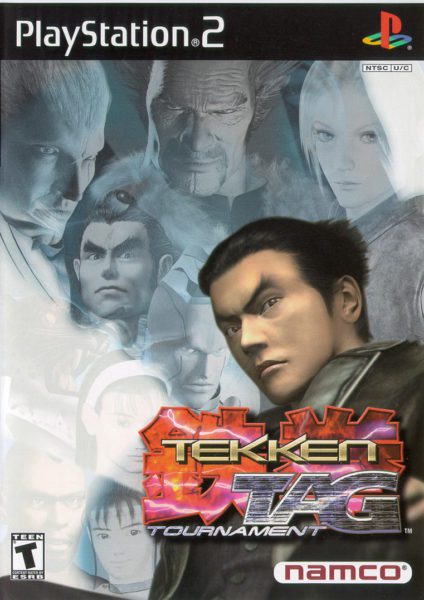 Tekken Tag Tournament is the fourth game and a spin-off of the Tekken series.

Team up with your favourite characters against opponents new and old. This version of Tekken also has my favourite mini-game - Tekken Bowling!

So the opening announcement of the PlayStation State of Play was Tekken 8. I understand why people would be excited, but I stopped following the series about Tekken 5. It’s not because I don’t enjoy Tekken – it’s my favourite fighting series. The first time I played Tekken was Tekken 3 when I managed Timezone in Melbourne. From there, Tekken Tag Tournament was my guilty pleasure at the end of the day.

A while later, I got Tekken Tag Tournament on PlayStation 2. I enjoyed it a lot. Fighting sticks at home wasn’t a thing, but I could play at home. The controller took a little getting used to. My favourite character Hwoarang controlled well, so I was happy.

Firing up Tekken Tag Tournament years later on the Win 3 has been a positive but mixed experience. There is a slowdown on some levels with OpenGL, and I can’t use Vulkan because Intel messed up the drivers. I don’t have great images of the fights unfortunately but it plays great except for Stage 7. Because Tekken Tag Tournament renders multiple frames at once, grabbing stills is tricky. But the fighting is the same fun distraction it has always been.

I’m not too worried about the slowdown of some of the fighting stages, because I wanted to unlock a mini-game. That’s right – my favourite part of the home version of Tekken Tag Tournament wasn’t the arcade mode. It isn’t even a fighting mode. It’s Tekken Bown Tournament.

Win arcade mode with 10 different fighters, and you unlock Tekken Bowl. It’s a very basic 10-pin bowling game, but it’s still a heap of fun. Instead of pins, you use Mishima trophies, and your tag partner bowls the second ball.

There are some nice touches to bowling. Fighters with cybernetics/robotics have ‘terminator’ style views. You can throw the ball off the sides of the lane and KO spectators. You can even forget to let go of the ball!

Playing Tekken Tag Tournament on the Win 3 shows the limitations of its design. I’m not talking about the graphics quirks, even though they are real. No, the tiny buttons make simultaneous button presses difficult. Some combos require more precise button presses than others, such as King. I wouldn’t be playing those fighters on the inbuilt controls.

This is an advantage of the Win 3 over the Ayn Odin though. Connecting a second controller can be done without remapping emulator software easily. You can’t do that on the Odin, even though the unit feels more comfortable in my hands.

But this is all stuff that I will talk about in more detail when I talk about my retro handhelds. Until then, Tekken Tag Tournament stays on the Win 3 for bowling shenanigans!