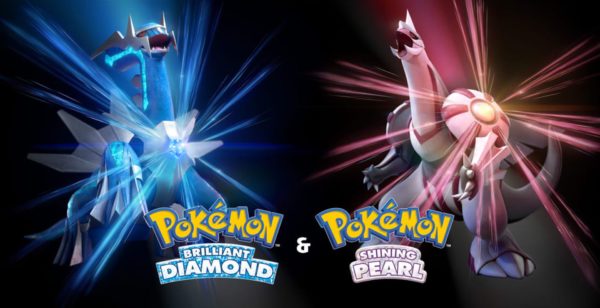 Pokemon Brilliant Diamond and Shining Pearl are remakes of the 2006 Pokemon Diamond and Pearl.

A way for older players to relive past games, and new players to discover old playstyles with some modern updates.

Pokemon Brilliant Diamond and Shining Pearl are also the first main Pokemon games to not be developed by Game Freak!

Back in November 2021, I picked up Pokemon Shining Pearl and Brilliant Diamond. There was already a lot of noise around the game’s release. Many long term fans were not happy with the new versions., and that was before release.

So I shut my ears and picked up the new games. I then went to Rabbit and asked her if I bought her jewellery if she would prefer diamonds or pearls. Yes, this is my way of surprising Rabbit!

And that is how I began playing Pokemon Shining Pearl. No nostalgic reasoning, or tie to a specific Pokemon. Like Pokemon Sword and Shield, I play the one Rabbit didn’t want to play!

That was then. This is January 2022. I finally picked up Pokemon Shining Pearl after a few weeks. For a lot of games, this is almost a death knell to me. I may have forgotten controls, and I usually forget what I was doing when I put it down. Where to go and why are mysteries in the wind.

This is where these old school Pokemon games shine for casual players like me. How to play – it’s turn-based hit the one button. There isn’t a lot of digit dexterity for combos and the like required.

Where to go next? Well, usually in a Pokemon game it’s the next gym. Worst case, I can look at the badges I have and google the next badge location. But in Pokemon Shining Pearl, the pause screen gives you the next goal. This makes my life even easier after an absence!

The Pokemon show with its mini-rhythm game is fine. If I don’t need to do it again for story reasons, I likely won’t do it again. Nor the underground mining bits. I appreciate their inclusion – it’s always good to see new elements added to a new formula. But I praise the more optional nature of them.

It’s not that I dislike these sections. They don’t hold my attention enough to want to put something else down or stop the story progress to play.

I am enjoying these ‘old’ Pokemon games as a casual diversion. I enjoy exploring, levelling up my Pokemon and beating the Gym leaders. Then I take on whatever the Elite Four or whatever end game group is presented, and call it a game. And for Shining Pearl, I am about halfway to this goal.

Pokemon Shining Pearl and Brilliant Diamond have gotten a mixed reception. There are plenty of reviews and comments that boil down to ‘Nintendo/Pokemon cash grab – avoid’. I’m not saying this stance is wrong, but I think people are coming at the games the wrong way.

To me, they are ‘if you want to sit back and enjoy a remaster of an old school Pokemon game, enjoy’. Yes, there are modern touches missing like going back to one-off TMs. But these are remastered from 15-year-old handheld games. Keep this in mind, and Shining Diamond and Brilliant Pearl will be fun. Especially if like me, you never played the originals.

If you are looking after a more modern and new Pokemon experience, keep an eye on Pokemon Legends: Arceus at the end of the month. It looks amazing, but I am worried about picking it up. Not because I don’t think it will be good, but because it will be the new larger open-world people have been asking for.

I don’t have time to spend in all these new worlds! So for me, I am pointing my gaze towards the last few gyms in Pokemon Shining Pearl. Slow and steady progress while relaxing on the couch – sounds perfect to me!

There were a couple of small Pokemon sessions last week. Nothing fancy, no real exploring, simply following to the next goal. This involved taking part in two gym challenges, both of which I ended up beating. Six badges down, two more to go!

This might sound like a couple of hours of gameplay well spent. Time spent grinding, catching and levelling up a specific type of Pokemon. Normally, this is how I play Pokemon. But this is Pokemon Shining Pearl. There were about 20 minutes over three play sessions, and I am still using my starter team.

There are plenty of people that dislike this aspect of Pokemon Shining Pearl and Brilliant Diamond. For me, this semi-mindless gameplay has been a blessing during a big week. I have managed to make progress without pushing myself too hard.

What does strike me as amusing is why I stopped playing Pokemon last week. After defeating the Steel gym, Tommy (my rival?) appeared and instructed me to follow him to the gym.

Being told to follow Tommy to the library about 5 minutes after a compulsory fight was the straw. I saved my game and put down my Switch. I was not going to be drawn into an exposition dump!

Next week I will likely pick up Pokemon Shining Pearl again. I am close to finishing the story. Well, I say close. I am over halfway there. Maybe a night or two next week I will put in a solid couple of hours and try and finish off the story.