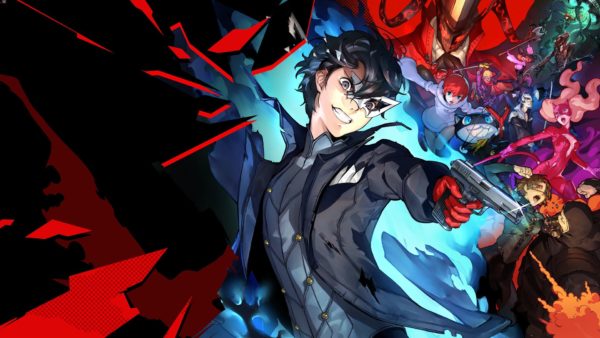 What happens when you mix Dynasty Warriors with the most popular Persona game to date? Persona 5 Strikers!

Replace the turn-based tactical Persona combat with large scale beat-em-up action, and that will give you a good idea on what to expect.

I have been meaning to play Persona 5 for quite some time. The last Persona game I played was Persona 4 Golden, but I haven’t had the time. Persona isn’t a series you pick up and put down. Put it this way. Persona makes Skyrim look like a casual game!

But then Persona 5 Strikers appeared as a January PlayStation Plus game. With nothing but a download at stake, I thought I would finally give it a go. I probably shouldn’t have started at 9 pm mid-week while rather tired though!

Persona 5 Strikers throws you into the deep end. You pretty much start in a group battle and get a small tutorial as you go. The fight isn’t taxing but gives you a good feel for what is going on.

You are then thrown into the JRPG early game formula. For those not familiar with this, it’s a nice way of saying “90 minutes of text to read”.

Having not played Persona 5, the characters weren’t familiar to me. But there wasn’t a lot of exposition explaining who was who. The story moved at a pace I could follow what was happening, but knew there were small nods to the main game.

I got to start what I would call the ‘proper’ game after 90 minutes. I then began clearing a dungeon. The combat in Persona 5 Strikers will take a little getting used to. The basic moves and combos are straightforward but are quickly built upon. Persona summons, environmental attacks & special combinations all vie for attention.

During the final area of the first dungeon, I was desperate for a save point. I was so tired, and the intro didn’t pull me in completely. This would not have been helping my experience with Persona 5 Strikers.

But the experience wasn’t what I was expecting. The Dynasty Warriors influence is all over the combat. The story is a cut down Persona, itself a streamlined Shin Megami Tensei.

Persona 5 Strikers seems to be a game I could get into, but I tried it at the wrong time. I have it now though. I will see how I go. I want to give it a fair shake, but I also have some other large games calling for my time.