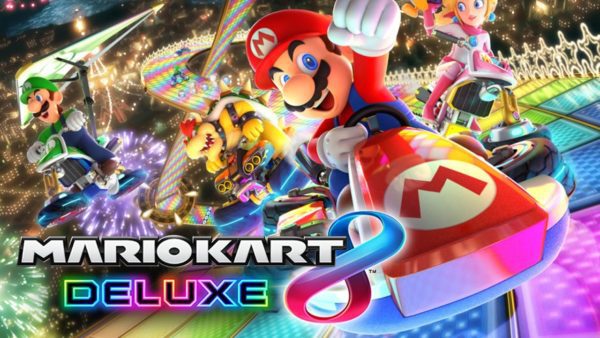 Hit the road with the definitive version of Mario Kart 8 and play anytime, anywhere! Race your friends or battle them in a revised battle mode on new and returning battle courses. Play locally in up to 4-player multiplayer in 1080p while playing in TV Mode. Every track from the Wii U version, including DLC, makes a glorious return. Plus, the Inklings appear as all-new guest characters, along with returning favorites, such as King Boo, Dry Bones, and Bowser Jr.!

I played Mario Kart 8 to death. I managed to talk work into buying a Wii U for lunchtime racing. A couple of years later, this transferred to playing Mario Kart 8 Deluxe on my docked Switch. Adding a couple of large sessions at PAX Aus, it is fair to say that I had a lot of kart time under my belt.

When the expansion pass was announced, I was pretty “meh” about it. More tracks are nice, but the release timeline was so dragged out I was already moving on. This might sound ungrateful, but releasing a new wave of 8 tracks every 5 months is too long between releases. This is a fine line though – too soon, and you feel burned out. Too long, and you lose momentum with all but the biggest fans.

When SpookedShibe messaged me out of the blue, I had completely forgotten about the DLC. So I expected a quick bout of Mario Kart, revisiting tracks I hadn’t touched in a couple of years.

So when I couldn’t tell where I was in the first race, I was very confused. I actually checked that I was playing Mario Kart 8. There was also a rush of excitement as I remembered the DLC was actually a thing. A few races of hectic mayhem on the couch was a fun evening!

Well, it was leading up that way. Missed messages and Xenoblade boss fights meant we started late, and at the start of race 5 SpookedShibe’s Switch ran out of battery. That ruins a GP pretty quickly!

So this race lead to a bit of a reawakening for me with Mario Kart 8. Not enough to make me want to sit and beat the new cups, but enough to activate the expansion and think about new races. And with any luck, against some friends. Games like Mario Kart are so much better with friendly banter!