Jak and Daxter: The Precursor Legacy 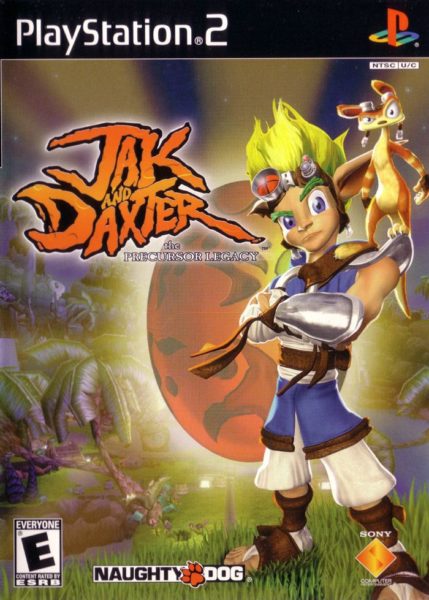 Enter a new world of magic, adventure, exploration, and discovery where enormous vistas and exotic characters lead you to places beyond your imagination.

Test your wits and your skills as you embark on a journey to reverse your best friend's transformation into a furry Ottsel, even as he entangles you in his amusing antics. Discover twisted corruption and battle the sinister minds behind this chilling plot. Light Eco. Precursor Technology. Power Cells. Dark Eco. What does it all mean?

Only one person holds the secret behind the power of the mysterious Eco. Together you must now take on these endeavors

Saturday morning, I decided to give the PS4 conversion of Jak and Daxter: The Precursor Legacy a proper try. I mentioned playing this a little while ago, but the ‘play’ was limited to getting my PS2 emulation working. So while I got a little way into the game, it wasn’t like sitting back and replaying the game.

Looking through the updates to the PlayStation Plus tiers, there was a nice surprise. I realised that the entire Jak and Daxter range was included in the classics catalogue. Giving it a quick test, I managed to unlock a trophy going through the tutorial. A platinum run has been in the back of my mind ever since.

With this in mind, sitting on the couch I gave Jak and Daxter a good half-hour run. It might not sound like much, but I have finished the Precursor Legacy about 6 times now, so it’s enough to get a feel.

The Precursor Legacy stretches the 4:3 aspect ratio to fit, and it feels off. I am missing a few jumps and attacks, which is annoying. I am not sure if it’s because I’m rusty on the controls or the screen is stretched just that little bit weird.

Looking in the menu, it looks like I can switch the display back to 4:3, but I haven’t tried it yet. I hope so, and I hope it saves the choice. If I have to change the aspect ratio every time I start it on PlayStation, The Precursor Legacy’s trophy appeal is basically void.

Unless I can live with 16:9? I would be surprised if I could. Even the small trials I had setting up PS2 emulation, 4:3 felt right in both nostalgia and game ‘feel’.

There is a very good chance that Jak and Daxter will be the first series tackled on stream!