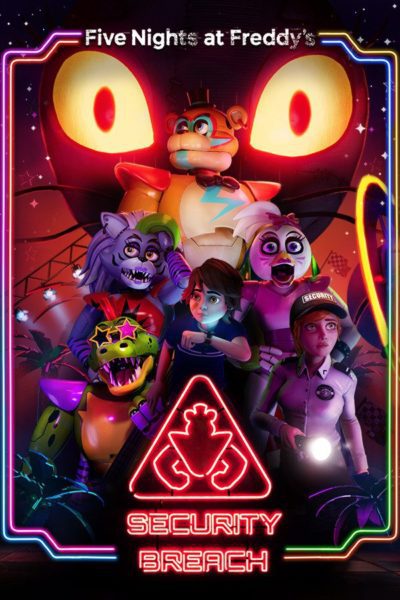 This time around, Freddy Fazbear helps Gregory as he investigates the Pizzaplex. Will you escape as soon as you can, or will you dig deeper into the Pizzaplex's secrets?

There are games that a wide range of people can enjoy, and others that are niche. The Five Nights at Freddy’s games are somewhere in the middle.

There are only a relative few people that sit and play through the games to find every secret. But there are hundreds of thousands that sit back and watch those players streams and/or videos.

I enjoyed the original Five Nights at Freddy’s game. Like many, I learned of the game from YouTubers. The gameplay coupled with Augmented Reality type lore puzzles was a fun experience.

Around Five Nights at Freddy’s (now referred to as FNAF) 3, I dropped off. I enjoyed watching others play and reading through lore, but the gameplay had turned me off.

But then came along Freddy Fazbears Pizzeria Simulator and FNAF Help Wanted. The new gameplay had me intrigued. The series was going in different directions, which I always appreciate.

When Five Nights at Freddy’s Security Breach was announced, I was very excited. Free roam stealth and evasion? I was definitely on board and loaded it up with anticipation on day one.

I had been avoiding most of the pre-game examination. The teaser trailers were fun, and I could start to see little clues for games flashing up. So when the game started and I found the stealth evasion factor was front and centre, I was in my element.

In a lot of ways, you can think of FNAF Security Breach as inspired by Alien Isolation. There are three animatronics out to get you instead of one xenomorph. You explore the mall like centre instead of a space station. But the gameplay is very similar.

I am not trying to say the game is a rip-off, but the change to gameplay is so large for the series, warning is nice. No longer do you sit in a solitary room watching camera monitors. Now, you have to hide, explore, and make sense of a fully realised world.

As I described to a friend, Security Breach has some of the best parts of Alien Isolation. Unfortunately, it also has all the game-breaking glitches of a classic Bethesda release.

It took two restarts to get to my first ending in Security Breach. There are videos of speedrunners using glitches to finish the game in under 3 minutes. These are the ‘fun’ glitches we smile and laugh about.

The second time I had to restart, I went exploring. I wasn’t following the mission path. What I didn’t realise is that doing this had stopped Freddy from working. Best guess – Freddy was in a cutscene state, and I couldn’t enter or exit him.

That last bit is rather important. If you are in Freddy when he runs out of power, it’s game over. And this was in all my save slots, hence full restart.

That said, the gameplay is good enough I was happy to jump back in and try again. I have managed to find three endings, and know the path to a fourth. I have the ‘Good’ ending, the ‘Bad’ ending, and I expect the ‘Canon’ ending. I went exploring before making a different choice for one of the endings.

And this is where Security Breach shines. There are so many choices and avenues to explore. There are also many secrets around the game waiting for you to discover.

I am giving serious thought to going for a Platinum run on Security Breach. Not to try and find more endings (though I am sure that will happen). No, I want to explore and find more lore pieces and work out a few secrets I have come across.

For example, there is a puzzle with some characters and the Faz Camera. I have found some elements of the puzzle, but have not solved it yet. And I want to know what is at the end of the puzzle.

Five Nights at Freddy’s Security Breach won’t be for everyone. For a FNAF game though, it will be for more than previous entries. Steel Wool Studios (the game devs) have been working hard with some quick patches to fix up the game. Considering that Security Breach came out a week before Christmas, this effort is appreciated.

That said, I might wait for another patch or two before trying the final trophies. Without trying to spoil the game, once you reach 6 AM you can stay and explore the pizzaplex as you wish. The catch is, you can’t save anymore. This makes exploring new areas dangerous, as you can lose hours of progress if caught.

I am keen to give this a try. But I would like to do so when I know that a glitch like being caught during a cutscene I have no control over isn’t an issue.

A couple of weeks ago, I mused about going for the Platinum in Five Nights at Freddy’s: Security Breach. I still haven’t made up my mind, but I did try an experiment.

I had to pop into the office this week, and I knew I would have some downtime. So I thought I would try Security Breach on the GPD Win 3. Essentially a laptop the size of a power brick, I was curious about what it could do.

Security Breach is a game that could have used a bit more polish before release. It’s this ‘workable’ state that made me think Security Breach would work well as a test for the GPD Win 3.

And to my surprise, the experience was quite good.

I only played about 25 minutes worth of game and spent most of the first 10 minutes playing with settings. At first, the game was fine if a little jerky. It took me a moment to realise I was running Security Breach at 1080p.

As the GPD Win 3 runs at 720p, dropping the improved smoothness. It still hangs for a second or two while what I am guessing is assets loading occurs. I am 98% sure it’s the game though, as playing on my desktop with a 3080 does the same thing.

Will I play Security Breach handheld? Most likely not. But it was fun finding out I could if I wanted to. This may be something I explore a bit more over the next few months.