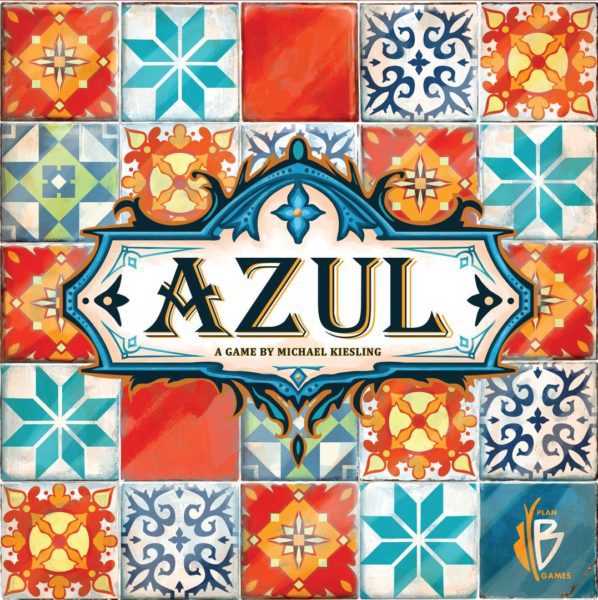 The Spiel des Jahres (Game of the Year) wininning

Azul is a captivating game of decorating Portugal's Royal Palace.

Players will collect magnificent tiles to embellish the walls and please the king.

With beautiful components and art, it is no surprise this is a modern classic.

It’s not too often Alpal asks to play a game that I am wary of, but a couple of weeks ago she asked to play Azul. I had heard many good things about Azul, but in the back of my head, I had doubts. Being colour blind is usually the problem I have with games, and I guessed that was it.

But playing on Board Game Arena meant that I didn’t have to spend money on finding out for myself. Alpal wanted to play Azul, and it’s not like I wasn’t curious about the game. So, we fired it up and gave it a try.

On a very basic level, Azul is a drafting, pattern-matching and tile placement game. There are small groups of tiles available that you can select a single colour from. Other tiles go the centre of the market, where people can also pick from.

When all the tiles are gone, players can place tiles from the holding rows onto the board proper. When this happens, you score one point for the tile plus on point for every connected tile in a row and/or column.

It sounds more complicated than it actually is. Play can be picked up in a single round. I would call Azul hard to teach as most people would be looking for the extra catch that doesn’t exist. If you go in with the idea that it’s easy to learn though, everyone will quickly have fun.

I am glossing over the gameplay for a pretty simple reason. I want to talk about why I was wary of Azul in the first place.

Short version – I shouldn’t have been. I did find it strange that the green and red tiles were the only ones without a pattern. Well, I say green – maybe teal is a better description of the colour. But with the different shades, I could tell each tile apart without a lot of concentration.

When I have to concentrate on identifying pieces more than the gameplay, it’s incredibly frustrating. This is something that many people don’t think about, and I thought Azul fell into this category. I am very happy to report that this isn’t the case.

It’s possible I got Azul mixed up with Sagrada which became popular about the same time? I’m not 100% sure. But I am looking forward to playing a bit more in the future.

I don’t know if I want to run out and buy a copy, but that’s only because playing on Board Game Arena is so good! Well, that and I have a few games that can fill the niche that Azul fills.