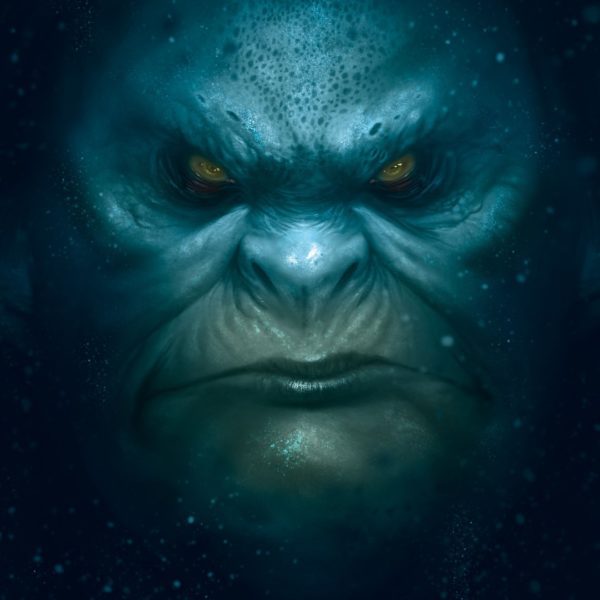 It sounds like a lot is going on, but the simple gameplay and quick playtime lets you grow quickly.

It’s been a few years, but I have been hoping to get Abyss back to the table for a while. I could play with Rabbit anytime, but Abyss is not a two-player game. Don’t believe the player count on the box!

The last couple of years has put a dent in this goal, as well as taking a toll on the rules I remembered. This came to light this weekend when we started playing on Board Game Arena!

What I remembered was a set collection game with various scoring rules. This is kinda true on a surface level, but I forgot how intricate the web truly was.

Alpal and I had played before years ago, and I thought we could talk Rabbit through any questions. And on the whole, we could. Sticking with ‘collect bigger number things’ is a valid strategy in Abyss.

What I forgot was the different titles given to everything. Sure, you can see the lords and their powers on the card. But what you can’t see are titles such as Merchants or Military.

There is no summary showing this. Knowing what you pick becomes a guessing game unless you want to learn the game inside out!

We played two games of Abyss, and I do appreciate Rabbit trying. I don’t think it clicked for Rabbit, and I can understand why. But here is where I get the problem at the core of Abyss.

If the game doesn’t come across as fun, why would a player want to put the time in to learn enough to make it fun?

Abyss was introduced to me by a player that was in love with the game, and that appreciation was infectious. Having a player that knew the rules enough to guide players in a tutorial game was a great help.

I fell down in that last respect hard this game. I didn’t remember the web of scoring rules and references in Abyss. Board Game Arena wise, I hadn’t played it at all to see how the confusing options are presented.

We all worked it out eventually, and the process wasn’t completely unintuitive. But for a mid-weight and complex game, I should have been on top of the controls for my new player.

Abyss is still a great game to me and went under the radar for too long on release. It’s a pity, because it’s the step after games like Boomerang when you have cracked the scoring code.

Next time I play Abyss, I think it will be around the table where I can help people more mid-game. Unless I jump in on public games on Board Game Arena, but that’s unlikely.