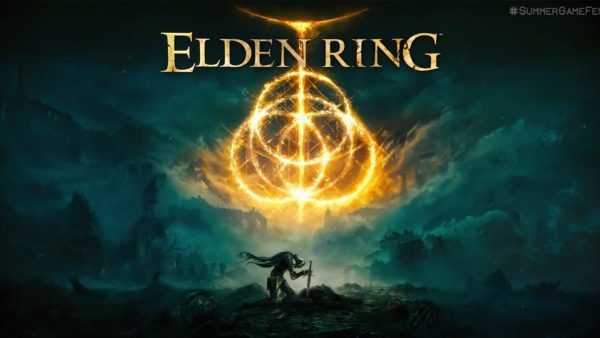 Elden Ring is a collaboration between FromSoftware and George R. R. Martin. If there was ever a game that should be subtitled Prepare to Die, this is the one!

Explore the world of the Lands Between on your quest to find the shards of the shattered Elden Ring. Survive in a hostile world ruled by Tarnished, keepers of the shards that have been corrupted by the ring's power.

Can you combine all of the shards, repair the Elden Ring and become the Elden Lord?

So I have just passed the 100-hour mark for Elden Ring. And I still have plenty more to go. I have beaten the Fire Giant, but I have been exploring the Lands Between for grinding and finding new toys. This has led to an interesting position when I am playing.

On one hand, I am exploring areas again that I completely forgot about. It’s not often you can walk around in Elden Ring and be completely overpowered. This has let me find a few ‘bosses’ that I am almost two hitting at the moment.

This has let me find a few new items and some spells and such that I can never use as I have put minimal points in magic use.

Elden Ring then lets me get lulled into a false sense of security. I started exploring the Mountaintop of the Giants and managed to walk into a new area. Initially, I thought that was cool. Something new to find!

Well, what I found was an area with one of the optional bosses. Without delving into spoilers, there are only a few ‘shardbearers’ in Elden Ring you need to fight. Everyone else you need to find first. I knew this in general, and I have fought one of these bosses already.

What I didn’t realise I was walking into was another of these bosses. The enemies in the area were tougher than what I had been fighting (took more than one hit), and then I found an elevator up. Cue the cutscene, followed by the infamous You Died screen.

Another trophy boss down and some new toys at least! This has been my Elden Ring experience for most of the last couple of weeks. I think I am getting right to the end of what I can find on my own though. Well, and still enjoy the game.

I ended up making a spreadsheet of the items needed for 4 trophies and marking off what I had found. I am surprisingly close on the majority of them. Why is this important? Because I am trying to work out if I should just finish Elden Ring, or if I want to do a trophy run.

The decision isn’t made yet, but it is where I am leaning. It will be interesting to see which way I go. That’s for next week’s entry though!

Last week, I was trying to decide if I should go for the Elden Ring platinum or not. I needed to finish two optional bosses and two alternate endings.

Thanks to internet problems, I was in a good position to get one of the endings without playing through again. Known as save scumming, I had a save near the end of the game so I could download that and get the ‘normal’ ending. I had finished one of the tricky endings legitimately and only needed the basic Elden Ring ending. I didn’t feel bad about doing the shortcut under these conditions.

Now that I was so close and had finished Elden Ring, I didn’t mind making more use of guides. I almost wish I had delved further though – more on that in a bit! I had only two bosses left: Mohg the Omen, and Shardbearer Malenia. Looking up where they were, Mohg was under the capital and Malenia I had found earlier but noped out of.

So I reloaded my Elden Ring cloud save which put me after defeating the fire giant. This lets me travel straight to the capital and find Mohg. Turns out I was already super close to this fight as well. I thought I had explored the capital completely. Turns out not so much!

Jumping ahead a little bit, this is where I had wished I had read the guide properly. I was only looking for a location because I still wanted to explore on my own. Turns out this fight was the key to the third and last ending I needed to unlock. Elden Ring does not hold your hand in what to do, but this path I don’t think I could have ever found myself.

I could have continued messing with saves for the trophy, and I would have been tempted. I already have well over 100 hours in Elden Ring. As it stands, I still feel this was a legit Platinum. If I had played another reload for an ending trophy, that would have killed this feeling.

So after another few hours of grinding and a respec, I defeated Malenia and headed off to get my Elden Lord trophy.

I then started Journey 2 (Elden Ring speak for New Game+) for the final ending. I was surprised this took me so little time to complete. Because I had already explored the Lands Between, I didn’t need to do any optional tasks or sidequests. This was a pure trophy ending run.

This meant I didn’t have to fight many bosses. Margit, Godrick, Renna, then Mohg the Omen and meeting the Three Fingers. No side quests, no exploration, it was almost a straight path. I am still surprised that it took me only about 4-5 hours to get halfway through Elden Ring on my second journey.

Work got in the way a little bit, so I set myself up with a save right before the final encounter. I knew that I could work for a couple of days, then rest up and concentrate on the final fight fresh. I was so close. The Elden Ring platinum was going to be mine!

So Saturday night came around, and I left myself an hour for the final boss fight after dinner but before work. I was expecting a fight, being New Game+/Journey 2 as well. In preparation for wrestling with servers, I was going to wrestle the plat from Elden Ring.

Ten minutes later, I watched the Lord of Frenzied Flame ending. Wow. I am not going to jump into details on the ending, but I hope this actually becomes the canon ending if there is DLC. There is a setup of things coming to a head that looks like it has so much potential! Not great for the Lands Between, but awesome for Elden Ring story wise.

So this ends my Elden Ring run for now. Unless new content comes out. Then I will be very interested. Now to decide if I go back to Horizon Zero Dawn that I have been neglecting, or try Vampire the Masquerade: Swansong.

Whatever I play, I need to be free for Stray in July – just saying!